The first version of HVS for the year is an improved bundle with Protel being supported over the FIAS protocol.

At the end of 2018 we did extensive testing to make the interface stable and we are releasing it to new customers and SLA holders.

From this year we are also focusing on improving SLA and making it mandatory.

Within short we will also announce some features for the modern hotel as well as support for latest Avaya IP Office. 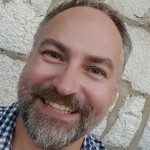